Blockchain for Social Impact: A Review of Some Interesting Projects

As we slowly recover and adjust ourselves to life post-Coronavirus, scientists are rushing to create solutions to prevent another pandemic in the future. Turns out that blockchain integration can help us thrive in a post-Corona future. Looking beyond pandemic detection, there are several other ways in which the blockchain technology can add social value. Let’s take a look.

There are three aspects where the blockchain can immensely help us to prevent a pandemic situation in the future:

The biggest thing that the world needs right now is a public data layer that can act as a decentralized and transparent database of real-time medical data. This will enable governments to track and prevent outbreaks in specific locations. However, to do so, we will need to implement digital identities. This will be the first step for governments to implement effective vaccination policies and isolate compromised locations.

The Covid-19 pandemic has seen an unprecedented rise in fake medicines. As per the World Health Organization (WHO) there has been a surge in counterfeit medicines in the developing world. Interpol’s global pharmaceutical crime-fighting unit has reportedly made 121 arrests across 90 countries in just seven days, resulting in the seizure of dangerous pharmaceuticals worth over $14m (£11m).

Currently, the world needs a transparent and fully-traceable medical supply chain system, which the blockchain technology can effortlessly provide. The blockchain’s inherent transparency can help you trace your medicine’s from the store to the very source.

Finally, there is the educational aspect. Blockchain technology provides scientists a direct way to stimulate research via funding through digital assets and speed-up up the required peer-review process of scientific research.

As you can imagine, the blockchain has capabilities far beyond helping the world from a future pandemic. There are several use cases out there that can leave a proper social impact and help humankind immensely, especially in the field of charity and pollution control. Simply put, blockchain for social impact has great potential.

In this guide, we will see what different blockchain projects are doing on this aspect.

Algorand is a pure proof-of-stake protocol created by Turing Award-winning cryptographer Silvio Micali. It allows developers to build scalable blockchain-native solutions for real-world use cases and aims to remove friction from financial exchange and boost DeFi adoption. Algorand has partnered up with multiple projects to bring some fascinating use cases. Let’s look at some of these examples.

Blockchain Education Network or BEN is an organization that believes that blockchain adoption isn’t possible without education. BEN and Algorand are going to partner up to foster a spirit of learning and educate a growing community of blockchain enthusiasts.

The International Blockchain Monetary Reserve (IBMR.io) is an organization that aims to create a decentralized macroeconomic development structure that improves the living conditions of the urban working class. By partnering with Algorand, they are taking a significant step in the right direction by launching a microfinance platform and a dedicated token, named Asia Reserve Currency Coin (ARCC), to promote financial inclusion in Southeast Asia.

PlanetWatch spun out of CERN and is an environmental monitoring service. Algorand has also collaborated with PlanetWatch to create the world’s first immutable air quality ledger. Air pollution is the fourth-largest healthy risk in the world and the lack of real-time monitoring is a genuine problem.

PlanetWatch has a global network of environmentally conscious users who install air quality sensors outside their homes and routinely report the readings to the platform. Users who provide accurate data are rewarded with PLANET tokens. Once the network has verified the data, it is stored inside the Algorand blockchain.

Ethereum is one of the leading smart contract platforms in the world. It has a solid developer base that’s currently working on a plethora of exciting dApps. Of these, let’s look at the ones that stand out from the social impact aspect.

Giveth wants to improve the nonprofit space by bringing in new governance models. They have created the “Giveth Galaxy,” aka the scope of projects they are working on. They believe that by expanding the Giveth Galaxy, they will be able to disrupt the “Future of Giving.” The community behind Giveth is called “Giveth DAC.”

There are two main goals of Giveth:

Going live in 2017, Alice is an Ethereum-based network that brings together social organizations, donors, grant-makers, and impact investors to identify and scale effective social projects. It aims to bring back trust in charities by providing a smart contract-based platform that gives donors full transparency to track and trace their donations. The first pilot, run by St Mungo’s, helped 15 rough sleepers in London find homes and deal with mental health and addiction issues.

Alice developers are busy creating the next stages of the protocol that will include an impact investment module that allows the creation of decentralized social impact bonds, a validation market, and an impact data sharing system.

Examples of applications built on Alice include:

Some of the technical innovations that Alice has achieved so far are: 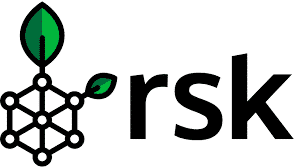 Rootstock (RSK) is a smart contract platform that is connected to Bitcoin´s blockchain through sidechain technology. Rootstock allows you to create applications compatible with Ethereum (the web3/EVM/Solidity model) while still enjoying the security provided by the Bitcoin blockchain. At its very core, Rootstock is a combination of:

Rootstock will also be using its tech stack – the Rootstock Infrastructure Framework Open Standard (RIFOS) to help build a healthy economic system on top of bitcoin. It’ll facilitate the use of blockchain technology by making it as simple for everyone as possible.

RIFOS can be visualized as a third layer on top of the bitcoin blockchain. Keep in mind the following features when it comes to RIFOS:

GiveTrack aims to revolutionize charity by allowing one to track donations in real-time. The platform will provide transparency and accountability to donors by sharing financial information and direct project results in real-time.

Charities that are working in third-world countries are often suffering from a variety of issues:

By using GiveTrack, NGOs and donors can gain the following advantages:

Deploying this technology at scale and leveraging its benefits can help make charitable donations more efficient. Here is one interesting post explaining how blockchain technology can be used for social impact.

RSK had earlier acquired Latin American social network site Taringa. Taringa is a 30 million strong network with over 1,000 active online communities and is based out of Argentina. As per Statista, more than 28% of internet users in Argentia use Taringa, which is more than Snapchat, Skype, and LinkedIn. Taringa is looking to launch an open-source RIF wallet that will empower SMEs and individuals to trade digitally, giving a very viable alternative to physical cash.

Latin Americans are heavily dependent on cash transactions. In fact, 50% of the population uses cash. Now that the Coronavirus has made this a hazardous proposition, they’ll need to move on to alternative payment methods. The Taringa wallet can go a long way in providing just that.

Money on Chain and RIF have partnered up to create the world’s first-ever Bitcoin collateralized stablecoin. One of the entities deeply involved in this project is IOV Labs. IOV Labs is an organization that is focussed on developing platforms that will introduce DeFi to the masses. The organization is currently developing implementations of the RSK Smart Contract Network and RIF platforms.

Looking into their stablecoin protocol, they are using a three-party system. The protocol will be split into two separate tokens and a derivative financial instrument. The two tokens are:

So, how is this going to be helpful?

Due to the pandemic, traditional finance has taken a severe beating. Plus, the way Federal Reserve has handled the entire situation by seemingly injecting the economy with trillions of dollars out of nowhere, hasn’t inspired a lot of confidence. Now, more than ever, people are looking for alternatives to traditional, centralized banking systems. With stablecoins, they have a decentralized option, that’s not subject to the whims of the volatile crypto market.

As you can see, it is possible to leverage the blockchain and create several use-cases that leave a substantial social impact. Projects like RSK, Ethereum, and Algorand are implementing several implementations that will positively disrupt the quality of life for several people around the world.

As we crawl out of these unprecedented times and the world starts to get back on its feet, it’s very reassuring to know that we have technologies like the blockchain to help us cope with crises like this in the future.

No Related Posts Yet!