Have you ever sat there late at night spiraling down an Internet rabbit hole? You know, you started by watching a video about the ocean, and the next thing you know, it's 03:00 AM and you're an expert on convergent evolution and convinced that everything will eventually evolve into a crab. Well, this is what happened to me. It started out like any other day, but then I came across this tweet and saw that Burger King was now accepting the digital currency reserve. I thought I've never heard of reserve before. So I went to the comments section, and while I did have a good laugh, I still didn't really understand what reserve was. And this led me to a story about corruption, crypto, treason, and Burger King. So just stay seated, because I'm about to uncover a 700 million dollar scam in crypto.

We need to set the stage and revisit Venezuela's history so we can understand how all of this happened. [Music] Imagine you're a young man living in Venezuela in the 1960s. The weather is tropical, and you live in one of the richest countries in the entire world. But here's the problem, most of the money is going towards corruption and the elite. So while you and your friends were on the top of the world for a while, it didn't last forever. Oil prices collapsed in the 1980s, and this caused the economy and the comfort that you've gotten used to to tail spin. Suddenly, your money is worth half as much as it was last year. Then, after more than a decade of bad luck, you have a potential savior. Hugo Chávez, who just won the presidential election. Production boomed, the Venezuelan government rode this wave of wealth, and you and your friends are finally getting back to the standard of living, you know and love. But re-elections were coming, and as Chavez wanted to stay in power, he knew he had to keep the people happy.

So he went on a spending spree. Chavez lowered taxes and gave massive social handouts to the poor. In 2012, public spending accounted for more than 50% of the country's entire GDP. And this actually worked, too. Unemployment fell and poverty fell. But then 2008 happened, and the financial crisis hits Venezuela hard. All industries except for oil completely collapsed. There would have been massive unemployment due to this, but the government started doing exactly what it knew best, printing more money to solve this problem. This served as a band aid to the wounded economy, and you and your friends made it out mostly okay. This surprising experiment kept on working. But then President Chavez passed away due to a heart attack. And this shook your country to the core. You watch on TV as President Maduro is elected to succeed Chávez. But in 2014, the economic band aid began to fall off. A recession was looming, and the price of oil dropped sharply. In response to this, your government prints even more money because it always worked in the past, so much so that this time it actually led to hyperinflation. The cost of living became unbearable for your family.

Something that cost just $1 last year costs you $130 today. And this led the sentiment for President Maduro to sink lower and lower. But he wasn't going to stand by and lose his throne. President Maduro needed a plan. He slashed five zeros from the country's notes and completely shocked the world by introducing a new cryptocurrency, The Petro. The Petro was a cryptocurrency backed by the country's oil and mineral reserves. The government was so insistent on pushing the Petro token that on January of 2020, Maduro made it mandatory to pay for government services and plain fuel using this new currency. But there are some big issues. The country's crypto advisory board recommended that nearly half of the tokens be sold at a 60% discount in a private presale, with the remaining supply to be sold to the public a month later. But this makes no sense. If the Petra was truly backed by reserves, this would be impossible. You can't offer a 60% discount on something pegged to a reserve.

And of course, things got worse. At first, Petro was supposed to be run on the Ethereum network, but then it suddenly changed platforms completely. Joey Zhou, one of the core developers of Ethereum, noted that the Petro white paper was simply a ripoff of Dash, a popular crypto at the time, Donald Trump banned Americans from participating in the ICO or buying the crypto in March of 2018. Six months after the ICO, the website completely disappeared, and it looked as though the Venezuelan government had just committed the ultimate rug pull, tricking an entire country and some of the world into buying their coin and disappearing. – I'm going to make this pencil disappear. It's gone. But something about this didn't seem quite right to me. I wanted more answers. This couldn't be the end of the story. So I kept on digging, and what I found I could not believe. I'm going to share with you the real story of the Petro token.

It starts with a man who loves his country and starts slowly turning to a shell of its former self, a man who is willing to risk everything in order to try and save his country. His name was Gabriel Jimenez, creator of Petro, a man who, to this date, has been silenced from telling the story. The story I'm about to tell you is based on hundreds of pages of confidential emails, text messages, and government documents. Many spoke on the condition of anonymity because they still live in Venezuela, where openly criticizing the government can lead to prison or worse.

So let's go back in time just a little bit. On the day that Maduro announced the Petro token, just three blocks away, Gabriel Jimenez was working away on his laptop. He had spent months designing and coding every detail of the Petro token, racing to make it operational. As soon as Maduro got off air, his chief of staff bursts into the office, calling Jimenez an embarrassment to the nation. The chief brings two armed guards armed with military rifles and tells Jimenez that him and his programmer are forbidden to leave. If they made any attempt to contact the outside world, they would be sent to El Heliocide, a mall that was converted into a political prison. Despite this below the table, Jimenez tells his wife that he's in big trouble. However, just before sunrise, he surprisingly gets released. When he gets back to his apartment, he bursts into tears, and before he can even collect himself, the phone rings. 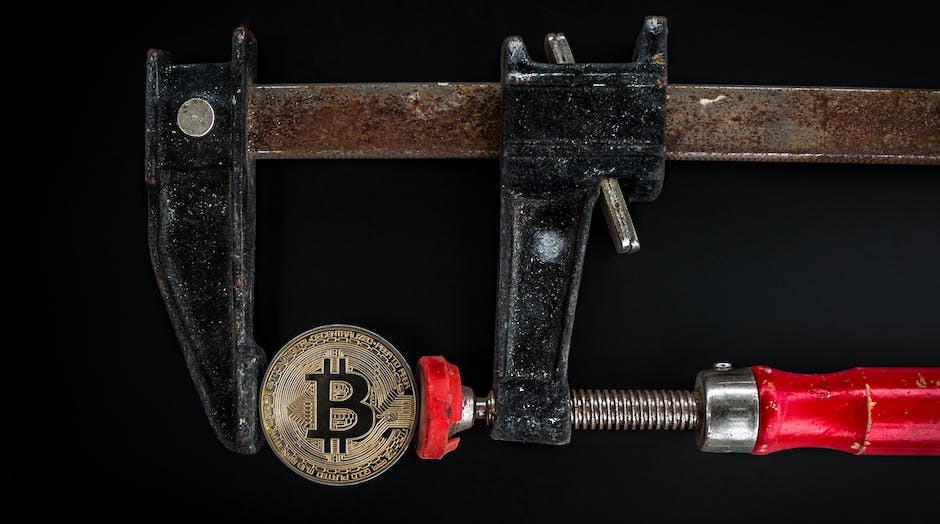 Guess who it is? President Maduro. Jimenez is asked to return to the presidential palace, and he decides to say yes. As he pushes his way through the crowds, he's completely overwhelmed with a sense of exhaustion and dread. Just a few months earlier, the idea that he could be called before the tyrant that he hated was completely unimaginable. Amnes was just a 27 year old guy who ran a tiny startup and spent years protesting against that very dictator. But whatever Gabriel felt about his government, he felt just as strongly about the potential of cryptocurrency saving his country. When Maduro approached him about creating the Petro, Jimenez saw an opportunity to change his country from within. If a national cryptocurrency was done right, he believed he could stealthily introduce technology that would give Venezuelans a measure of freedom from a government that dictated every detail of daily life. He saw the Petro as a sort of Trojan horse that could reshape the country. However, Jimenez slowly found himself losing control of the project. It was becoming apparent that he was actually just a scapegoat in this grand experiment.

So he finally reaches the palace. The entire cabinet was waiting for him. The President asked Jimenez how things had gone since the last meeting, and he was aware of all the cameras capturing everything, so he didn't make any reference of the funny business that happened the night prior. He just tried to emphasize that his team had a version of the Petro that was ready to go. After some chitchat, the President led everyone into a hall that had been converted to a Petro themed television studio, and an MC called Jimenez onto the stage. He was being presented with a pen and a contract. This was an agreement that he had been refusing to sign for weeks, a contract that would limit him to the role of sales agent for the Petro token on live television, though he saw no way out.

He scribbled his signature and gave a force grin. As photographers closed in, he took a seat and wondered what he had just done. The President said that Venezuela had already collected $725,000,000 from investors, so Jimenez soon found himself becoming the villain of this story, the left and the right criticized him equally in the media. Soon after, a lawyer delivered an 86 page document asking that Mr. Jimenez be investigated for treason against the homeland. Jimenez retreated into his apartment, and then, when he could no longer pay rent, he stayed in his mother's apartment. His friends say that they rarely saw him at this time. Ultimately, his exwife convinced him to leave Venezuela before the authorities eventually decided to arrest him. In April 2019, he bought a ticket to the United States. When he arrived, he moved in with his father. He spent days putting together an application for asylum stating, Mr. Jimenez found himself alone. He slept in a child's room with Legos and dinosaurs at the foot of his bed. Without asylee status, he couldn't work.

But then in October, Mr. Jimenez heard that he got his American work papers. He cried tears of joy and got started on his new project. The project involves using cryptocurrencies to help Venezuelans. Mr. Jimenez still essentially had no money. However, a crypto startup in the San Francisco Bay area allowed him to work out of their offices, eat from the fridge, and stay on the couch.

And from that, the cryptocurrency project reserve was born, which finally brings us back full circle. Reserve was developed and finally launched, eventually landing a partnership with Burger King, who then tweeted that Burger Kings across Venezuela will now accept the digital currency reserve, a sign of hope for the Venezuelan people. And that's the story of how a simple tweet about the ability to buy a Big Mac with this obscure crypto led me down this rabbit hole story about having it all, losing it all, government corruption, a political manhunt, and a glimpse of hope.

So this video was expensive because of this, I need to ask you something. Check out my sponsor FTX. More than 100 hours went into just the edit of this video and they helped make it possible. If you didn't know, FTX is an all inclusive crypto platform, you can buy and sell all of your favorite cryptos and other digital assets, including NFTs for far cheaper than many competitors, so actually 85% cheaper than many major exchanges. This is amazing for traders and if you use the link in the description, you'll earn free crypto on every trade over $10. The more you trade, the more you earn. Again, they'll be linked down below. I'd like to thank you so much for watching and I hope you have a profitable day! .